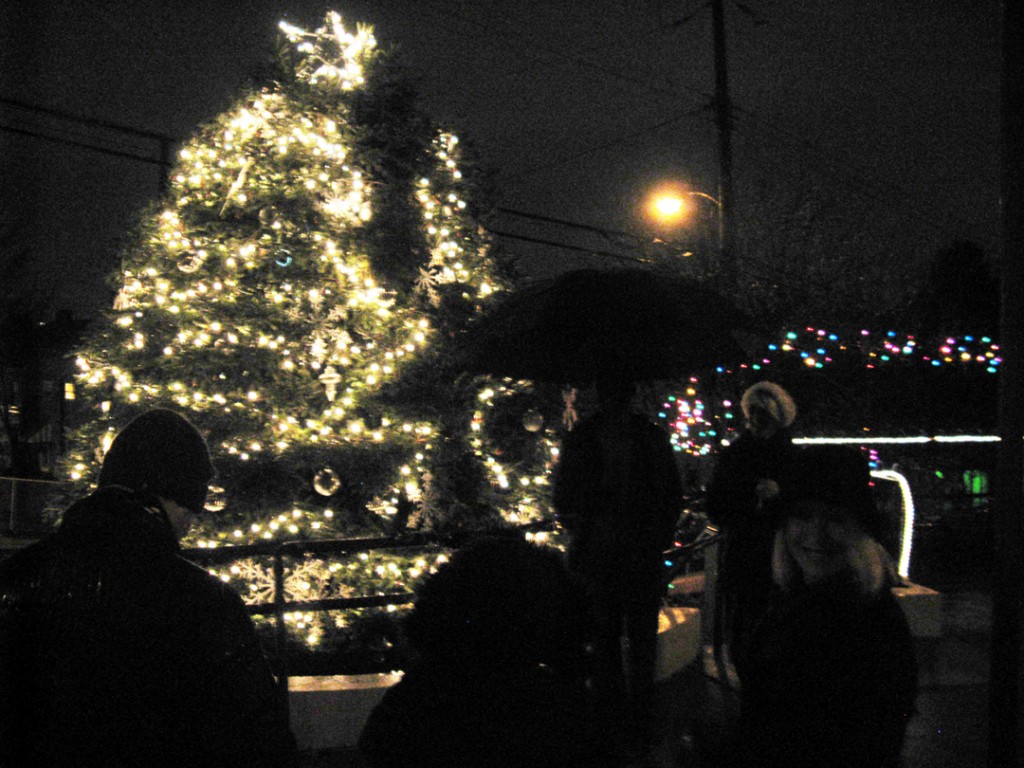 The holiday season has officially begun with Light Up the Street on Friday evening.  The monument tree was lit, songs were sung, and cookies were eaten.  Although it was a rainy evening, we had a good turnout for Light Up the Street.  After the tree was blessed by Father Joe, a singer from Carnegie Mellon sang some holiday songs. 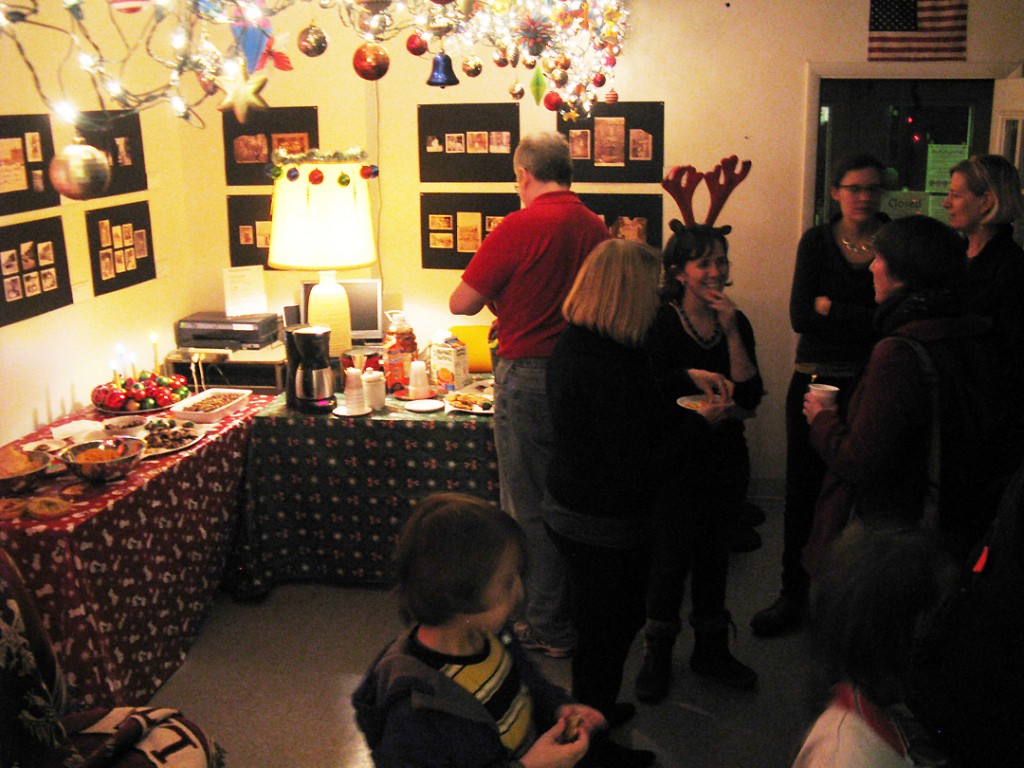 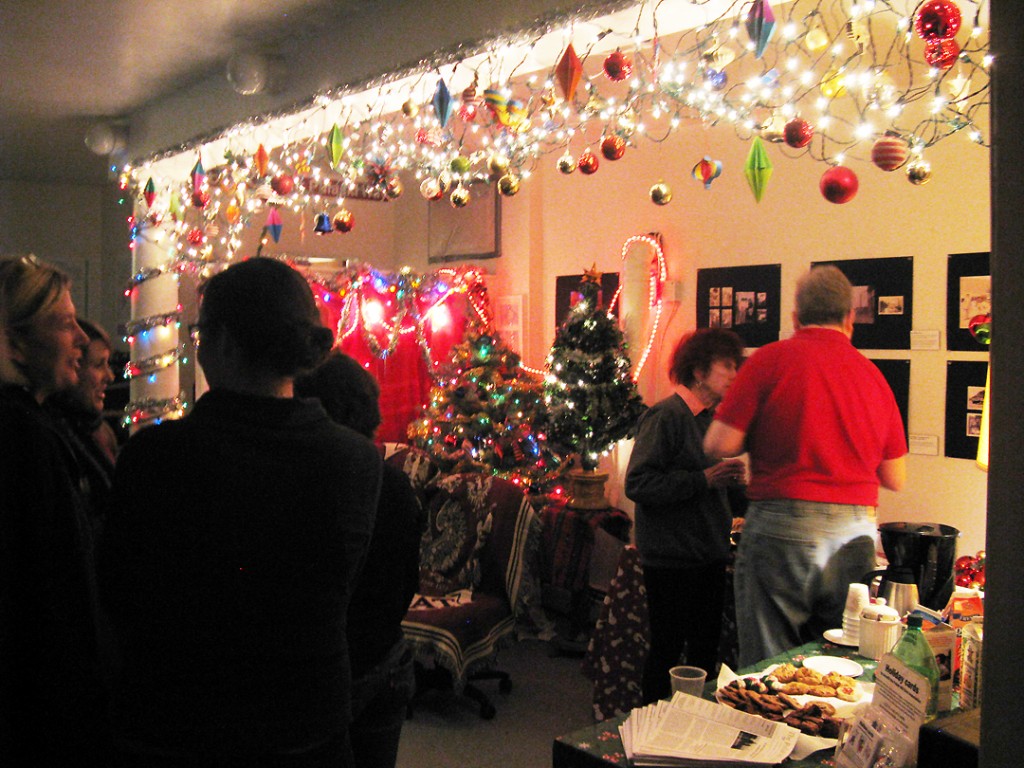 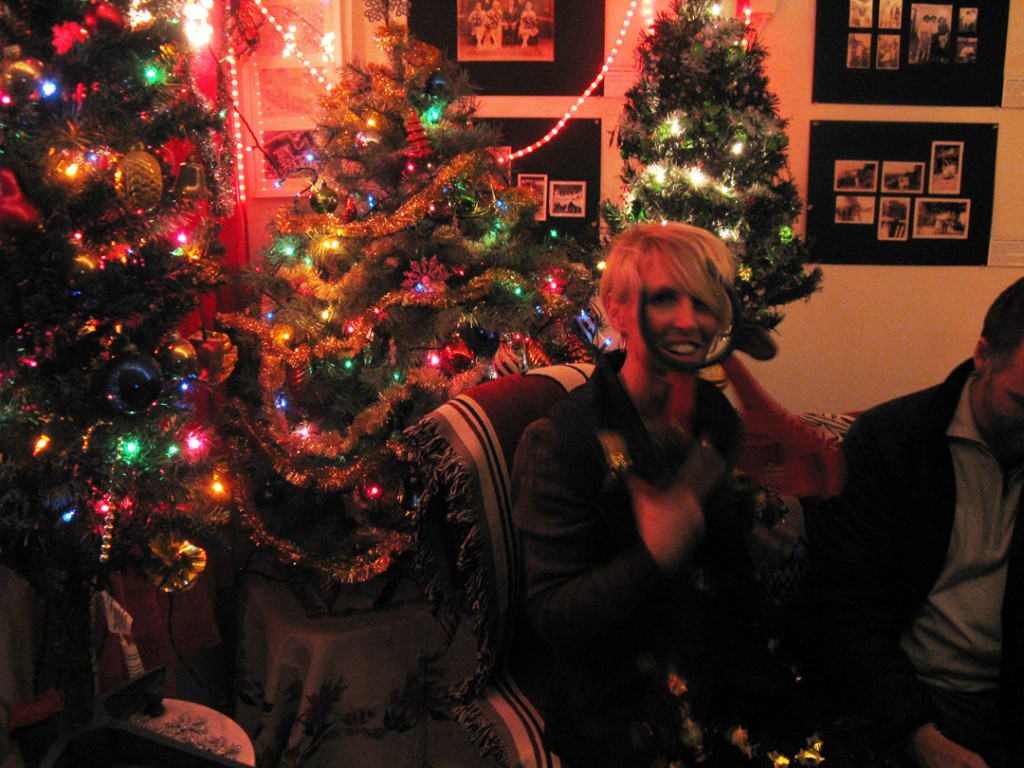 At the PHCA it was an open house, with many cookies.  Visitors took advantage of dress-up items and posed for photos.

Afterwards, the party moved to Sarney’s and a special performance.  Joel Lindsay, a British musician who now lives in Pittsburgh and plays in a band called Boulevard of the Allies, played two solo sets, playing popular favorites, some original songs, and a few Christmas numbers. 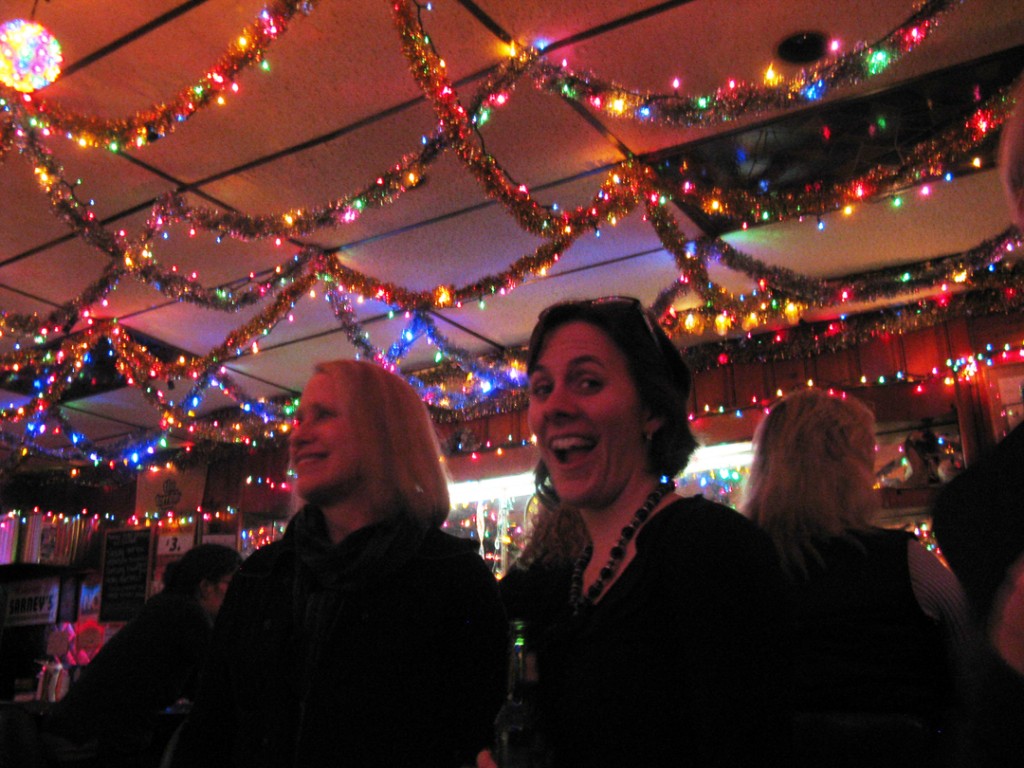 Sarney’s light display, a benefit for Children’s Hospital, wasn’t completely finished, but it was still impressive.  There was a good crowd, and after a while, they started singing along with Joel.  It was a wonderful evening with lots of holiday spirit. 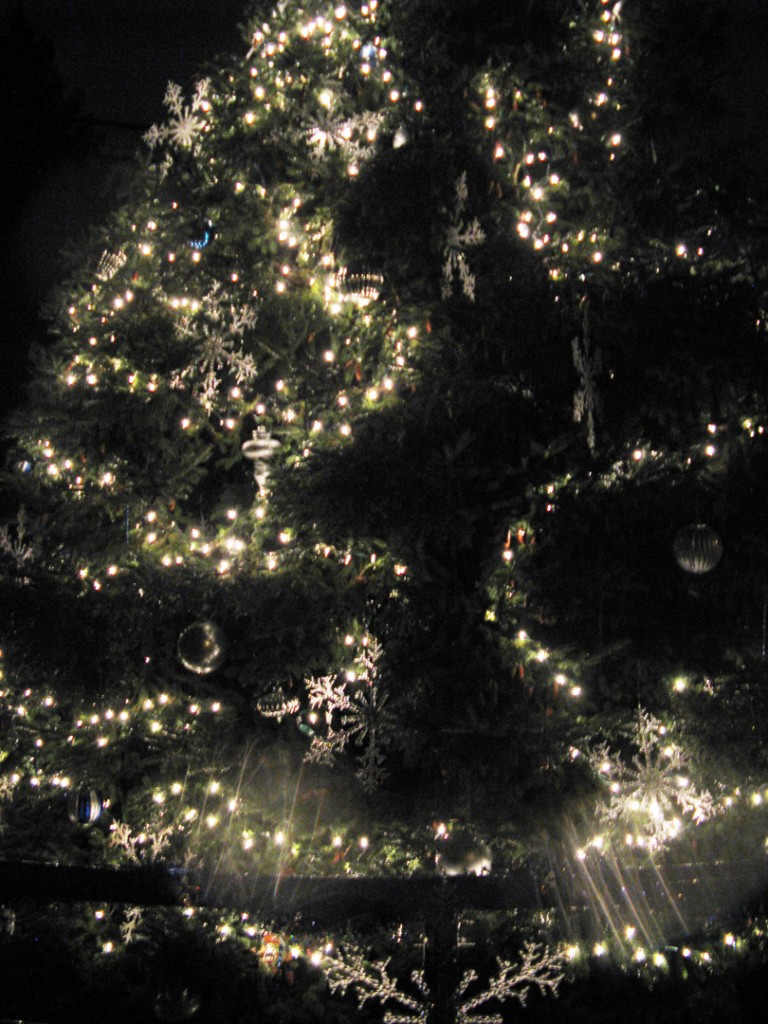 (Photos by Leslie Clague for the PHCA)