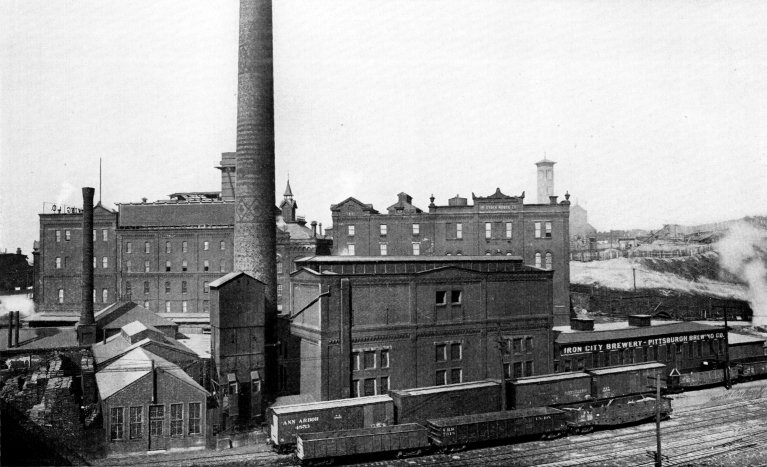 As recently reported in the Post-Gazette, the new owners of the Iron City Brewery have illegally demolished some buildings at the site.  The site is protected from unauthorized demolition by its historic status, which the City conferred in 2010.

In response to the recent illegal demolitions of historic components of the brewery complex, there will be a peaceful rally to support the historic preservation and responsible stewardship of the site next Wednesday evening, August 8, from 6:30 to 7:30 p.m. on the sidewalk in front of the brewery.  The organizers of the rally want to make sure the property owners, the various city government offices that deal with historic preservation and building codes, and other interested folks know that many residents care deeply about the brewery and we are keeping an eye on things there.
The organizers say that if 100-200 people show up, it will make clear that this is an issue with broad community support- in Lawrenceville and across Pittsburgh.