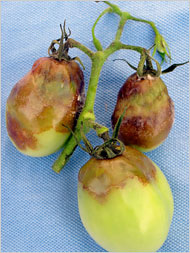 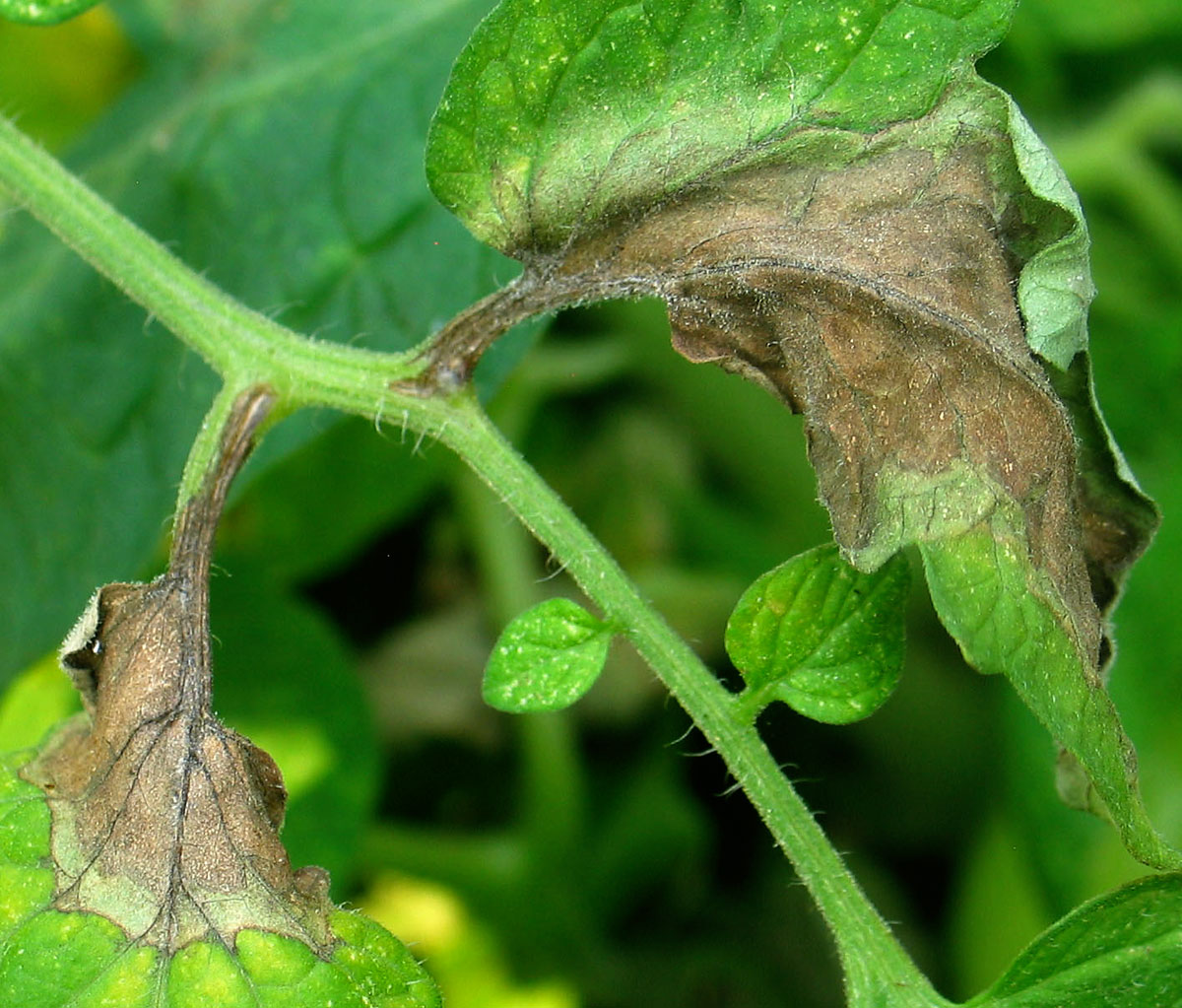 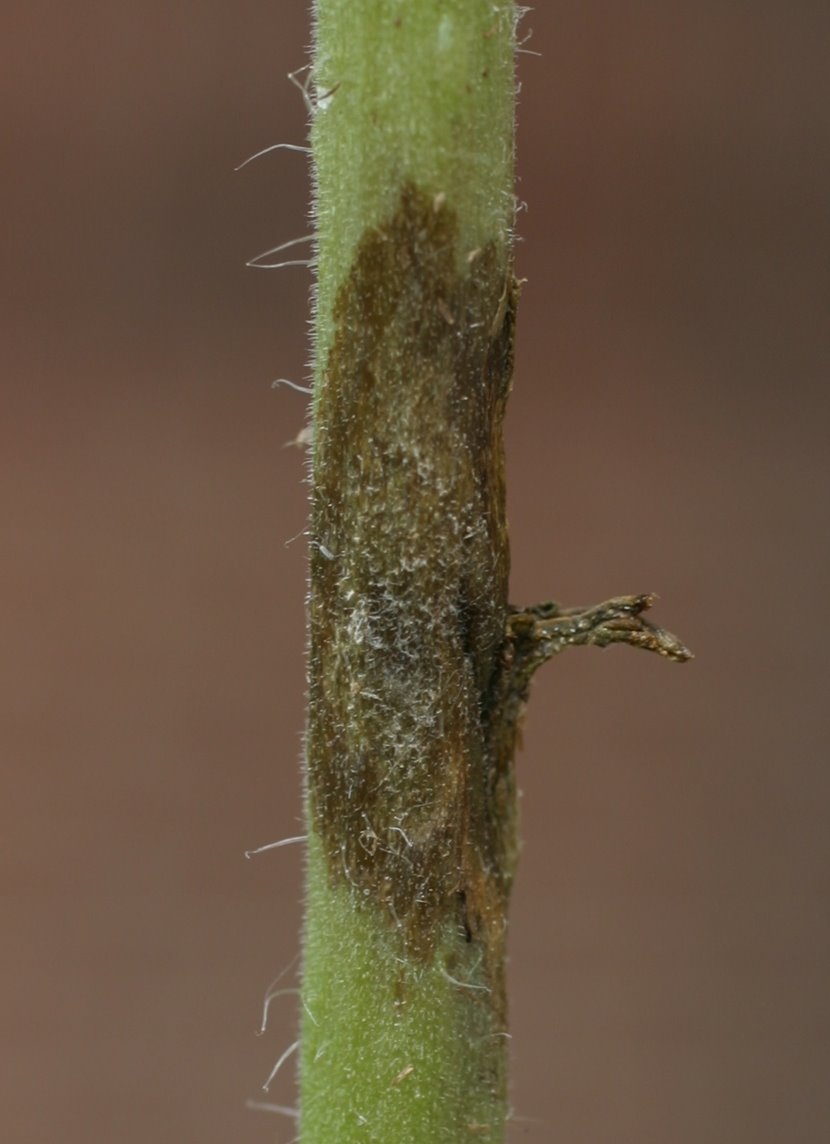 Due to the damp cool summer, most of the tomatoes are still green.  Late tomato blight hasn’t yet made an appearance in the community gardens, though.  If you see any of the above symptoms on your tomato plants, pull them immediately, put them in a plastic bag, tie tightly, and put in the trash.

The blight is a strain of the same pathogen that caused the Irish potato famine in the 19th century.  This year’s blight was traced to starter plants sold at big box stores such as Walmart, Lowe’s, Home Depot, and K-Mart, starting in April.  Although commercial growers have also been affected, it’s organic farms and home growers who have been hardest hit.

Read more about the tomato blight here or here.