As reported in a post last week, the PHCA Green Team had to work quickly to fulfill the final terms for the Love Your Block grant:  Green Team leader Valerie Testa had less than a week to round up 20 volunteers and make a big difference at a neighborhood green space.  The garden at the top of Brereton Street, just off Herron Avenue, had been untended since a visiting group of volunteers cleared the weeds last year.

Valerie got on the phone and Facebook and asked friends and neighbors to spare the time to come out and chip in.  On the advice of Lynn Miller, a Brereton Street resident and Penn State master gardener, they selected and purchased native plants that would thrive at the location and wouldn’t need much maintenance.  And on the hottest week of the year, with temperatures nearing 100 each day, 27 people came out over the course of three days. 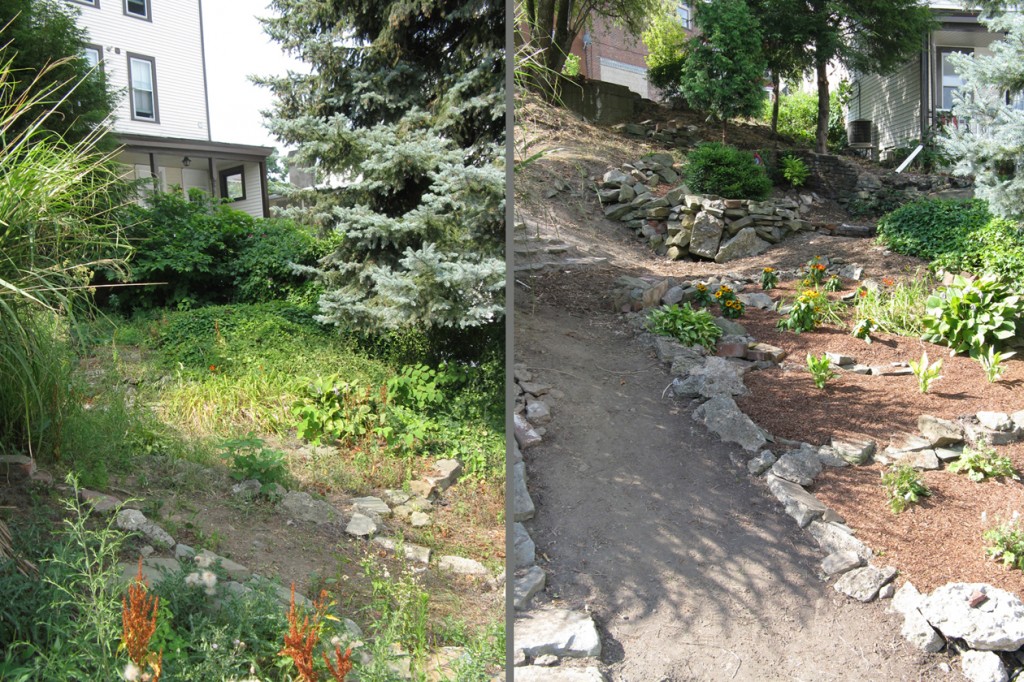