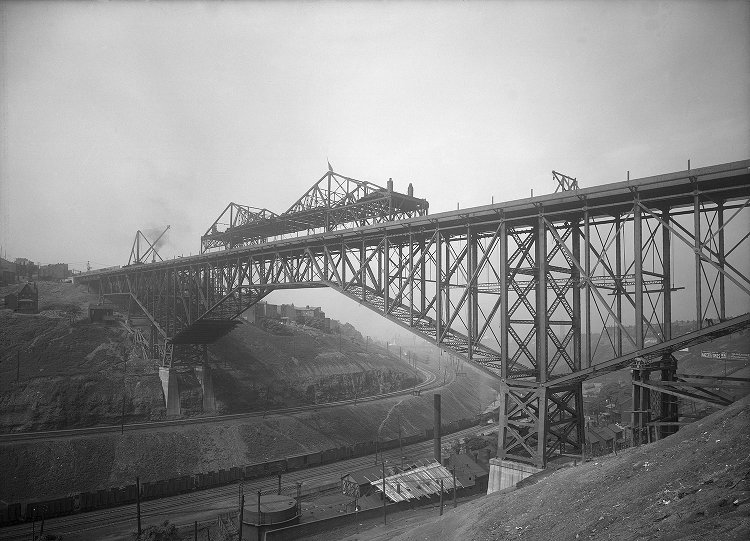 In this City photograph (above) from August 14, 1914, the first bridge was nearly completed.  The two triangular scaffolding structures on top of the bridge had slowly moved together as the span was closed.  This view is from the Bloomfield side, looking southwest.  Polish Hill (then called Herron Hill) is the hillside visible under the middle span. 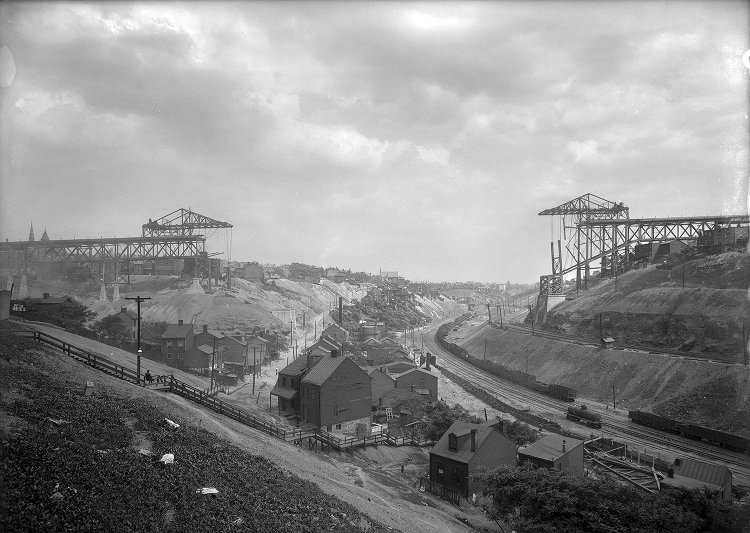 Here’s a view from two months earlier, on June 14, looking east.  The barren hillside on the right is the eastern portion of Polish Hill, and Bloomfield is on the left. (click on images to enlarge)

Also looking east, here are a couple of the anchor piers to the bridge on the Polish Hill side.  The building with the arched windows in the center background, barely visible beyond the mound of dirt, still stands on Bigelow Boulevard. 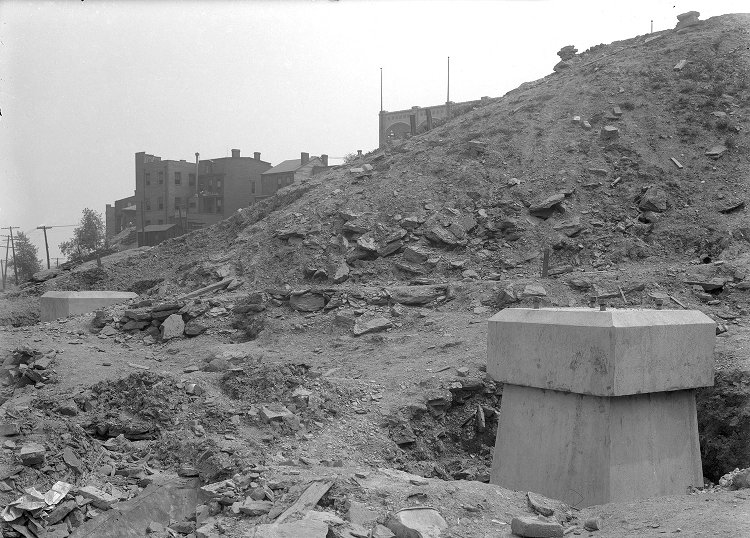 Some of the anchor piers of the old bridge are still there today.  One on the Polish Hill side under the bridge off Melwood Avenue, provides a perch for a top-hatted metal man who looks out over the ravine towards Bloomfield. 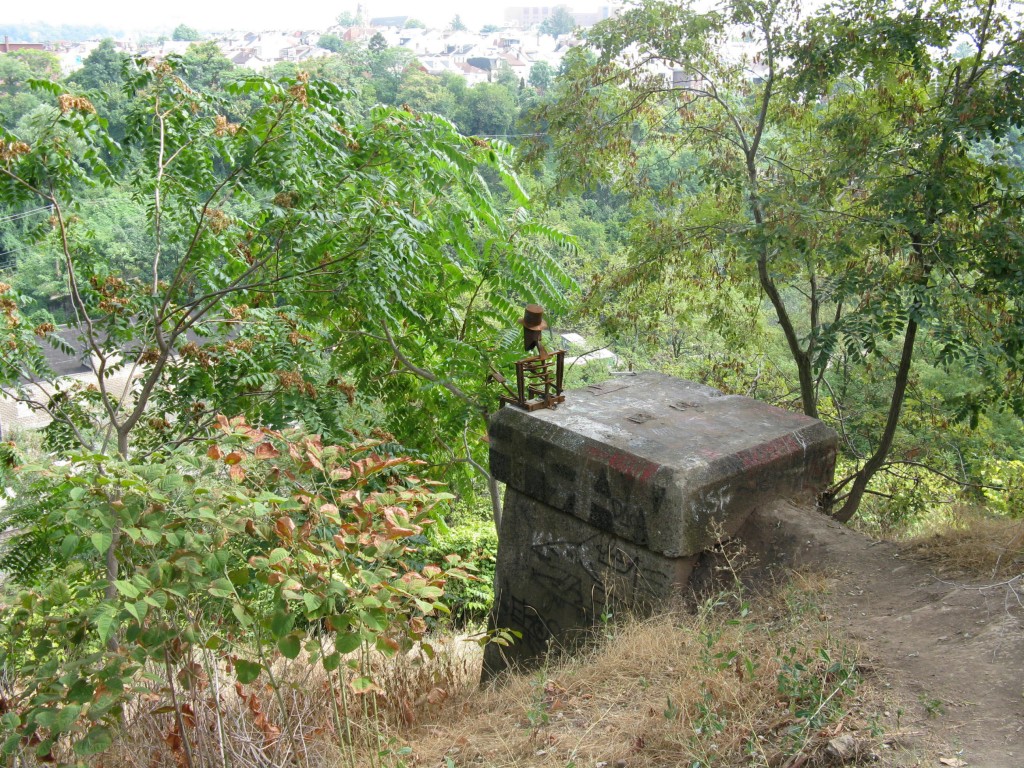 (Black and white photos from the Historic Pittsburgh Image Archive.  Photo of the metal man by Leslie Clague for the PHCA.