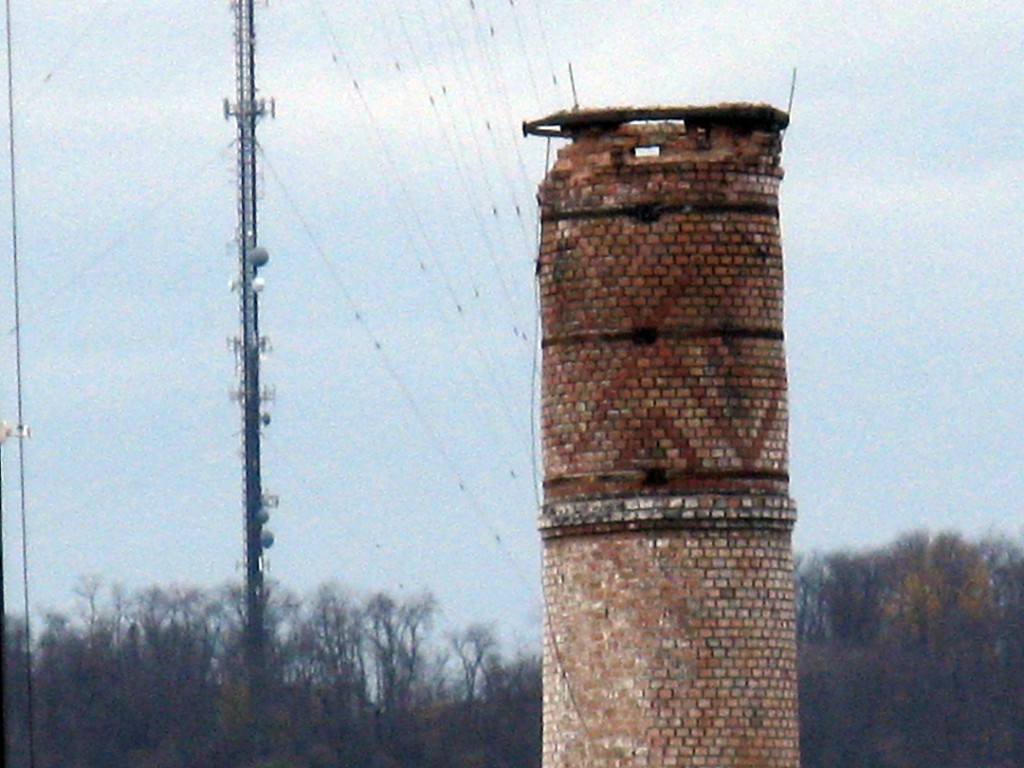 In recent years the smokestack at the Iron City Brewery has shown some serious wear, with lots of holes where bricks were missing around the top edge.  Over the last few days, workers in a cage-platform suspended from a crane have been removing the top courses of bricks. 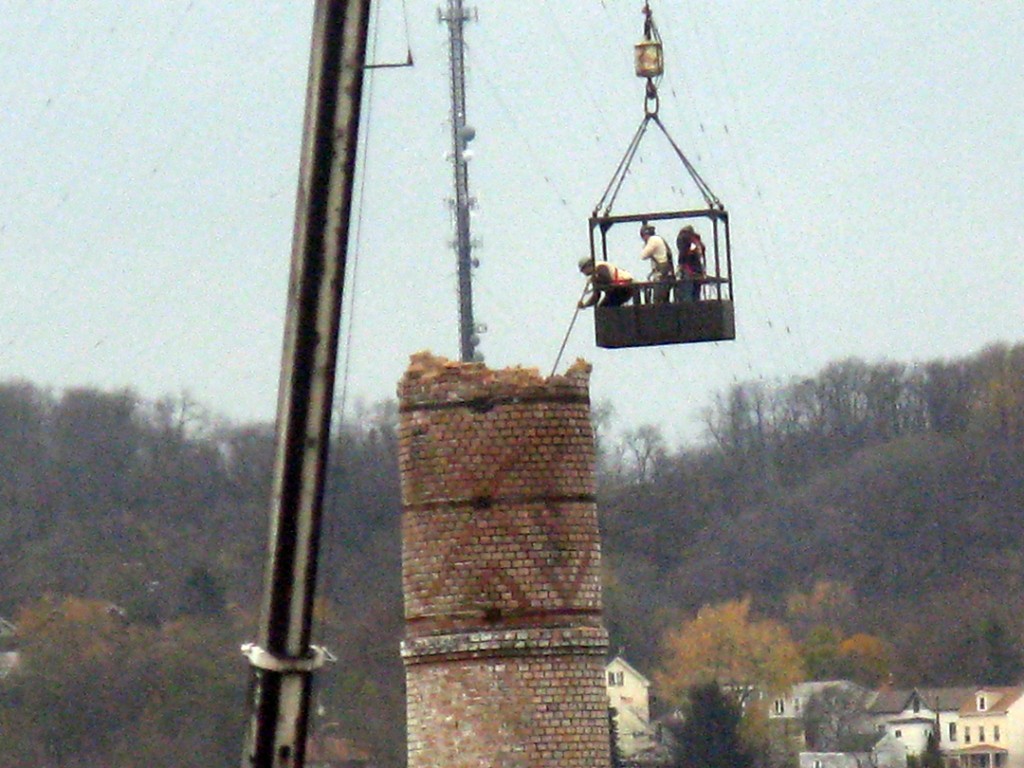 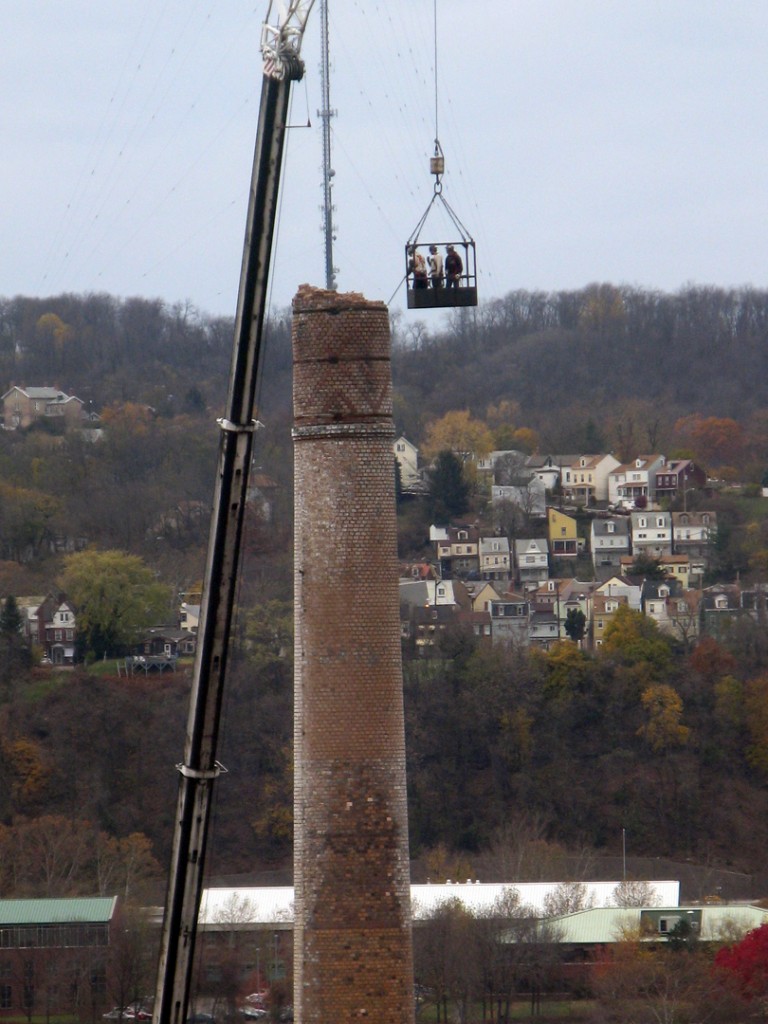 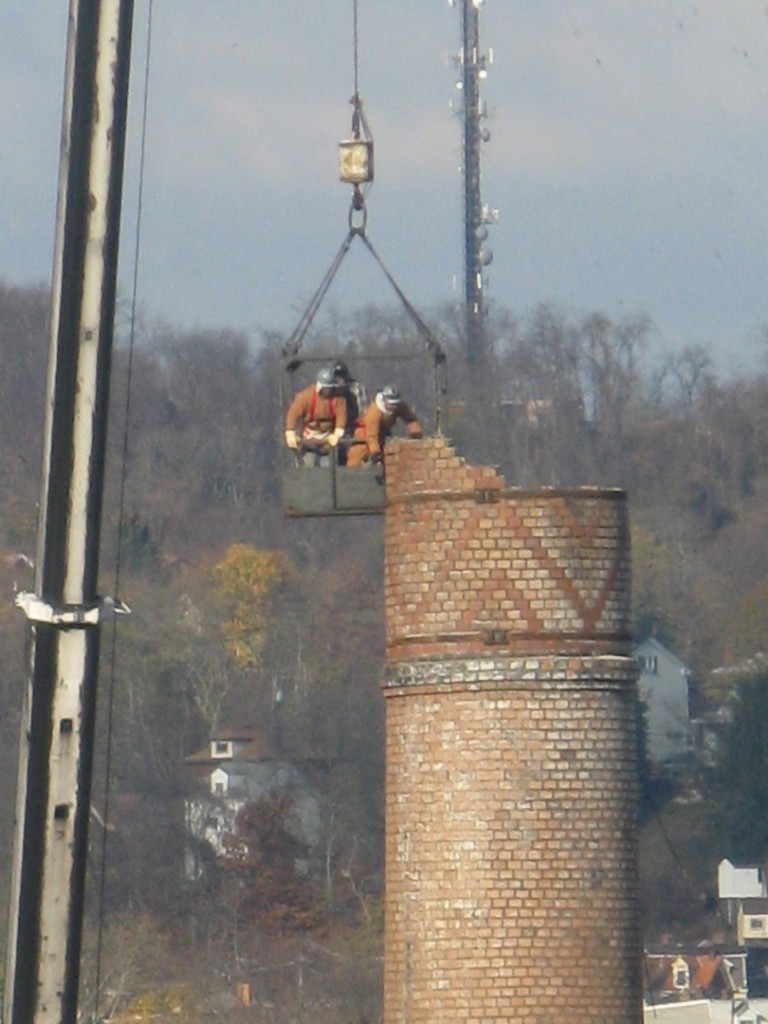 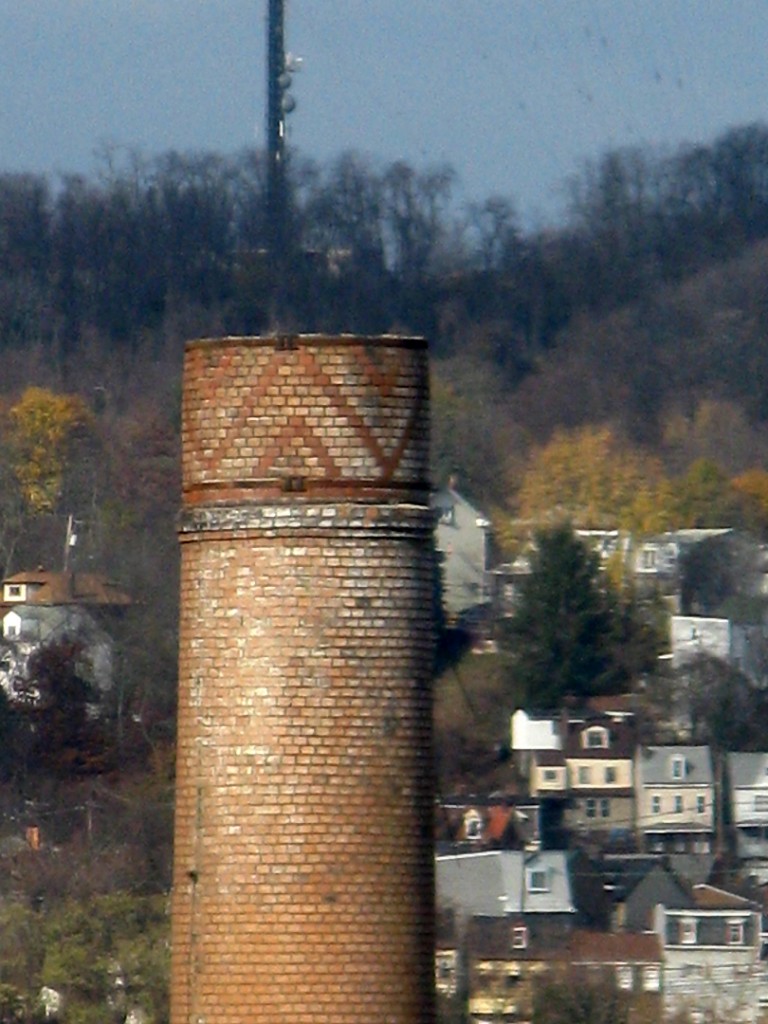 At the recent public meeting for the Iron City Brewery planning process, DLA+ Architects referred to the stack as an element that would probably be part of any redevelopment, serving as a visual symbol of the past history of the site and a landmark — like the row of smokestacks at the Waterfront in Homestead.  The Iron City Brewery stack has been a familiar part of the landscape for over a century, and we hope it does remain.

And that’s a good segue to a reminder for the next public meeting for the brewery site planning process.  The meeting will take place on Tuesday, November 27, from 6-8 p.m., and will be held in Building T on the site — that’s the former Uber Brewhouse, on Liberty Avenue.

(Photos by Leslie Clague for the PHCA.  Use only with written permission from the PHCA)

UPDATE: in an article in November 14 Post-Gazette, it was reported that the work on the smokestack was actually a code violation:  Collier Development, which owns the Iron City Brewery site, didn’t get a permit for the work.  This is the second time that Collier Development has incurred a code violation.  The company was fined $20,000 in district court in August for demolishing buildings that were protected by historic designation.  This development highlights the need for community involvement in the planning process.