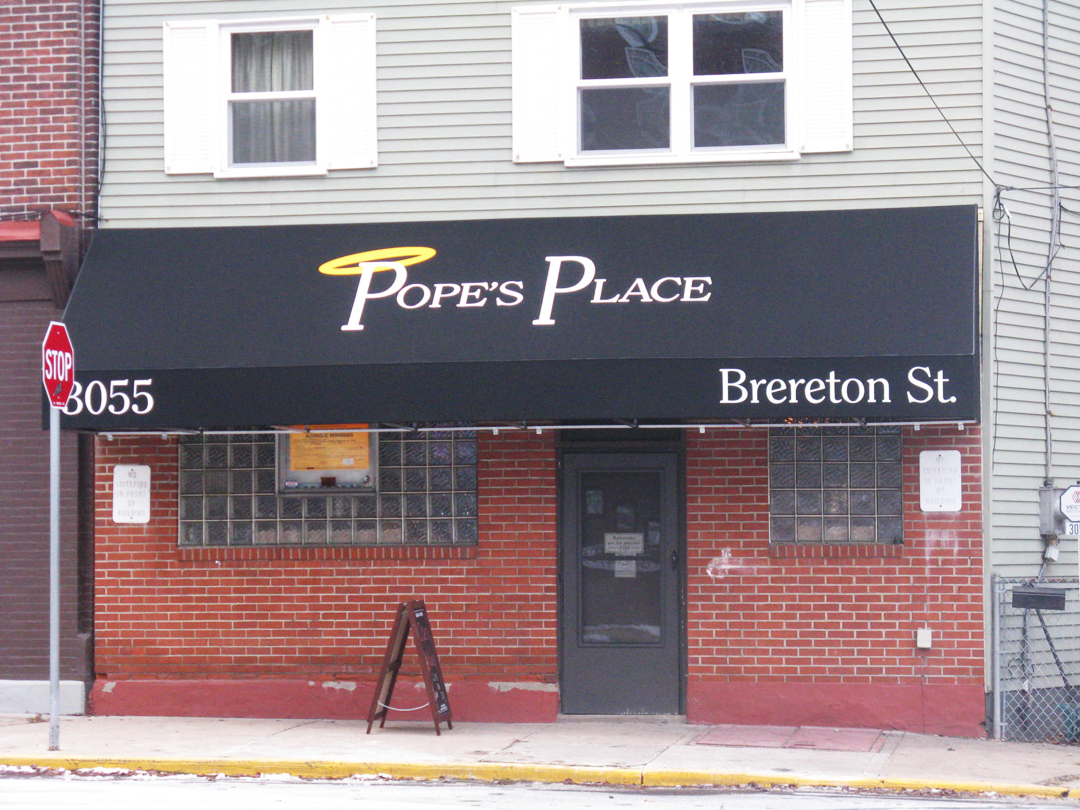 After Sarney’s Bar closed in September, residents have eagerly been waiting to see what would come next.  Before it was Sarney’s it was Orie’s Tavern; before that, the Frank Kaminski Pharmacy. 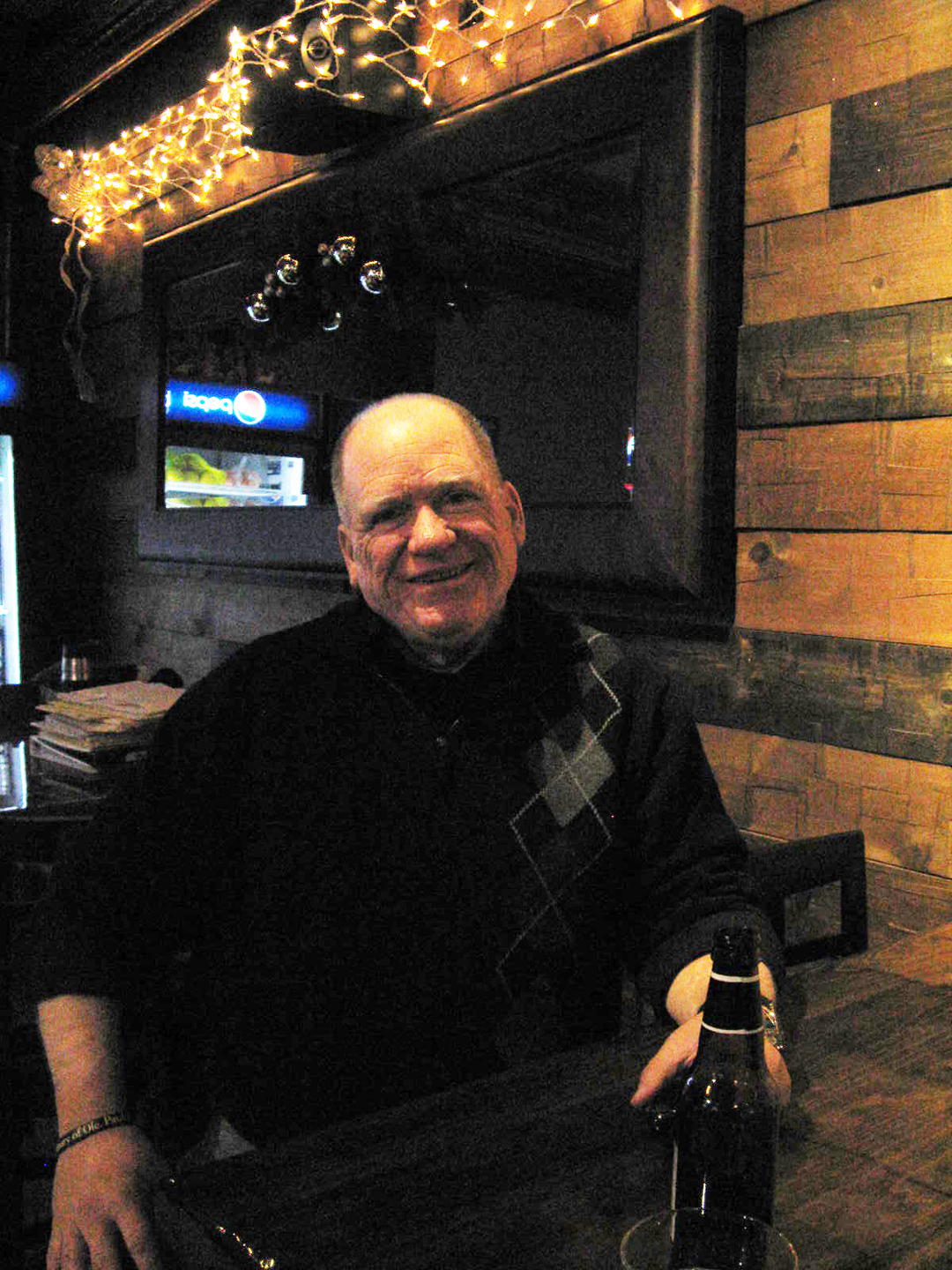 Now, it’s Pope’s Place, named for Frank Pope — that’s him, above, one of the owners (the other owner is Mark Baranowski, known for the North Park Lounge).  Pope’s quietly opened today and residents have been stopping in to check it out.  They don’t have the full kitchen up and  running yet, but the tvs are on, the smoke filter is running, and the place looks really nice. 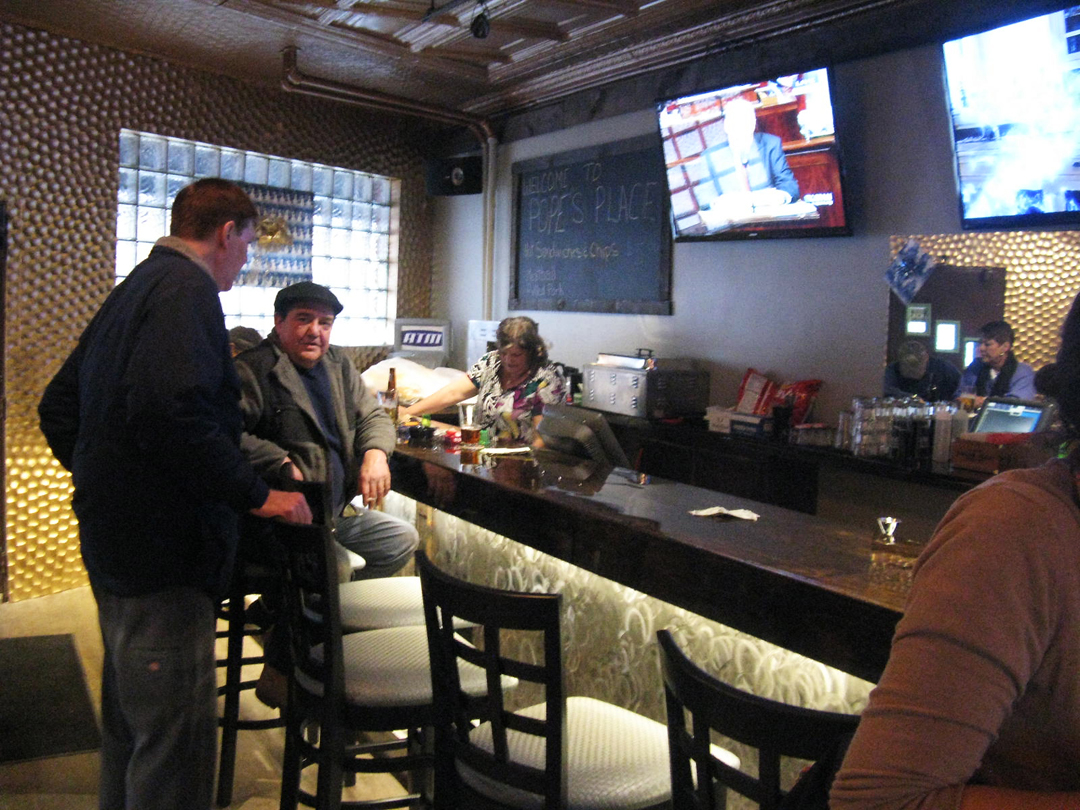 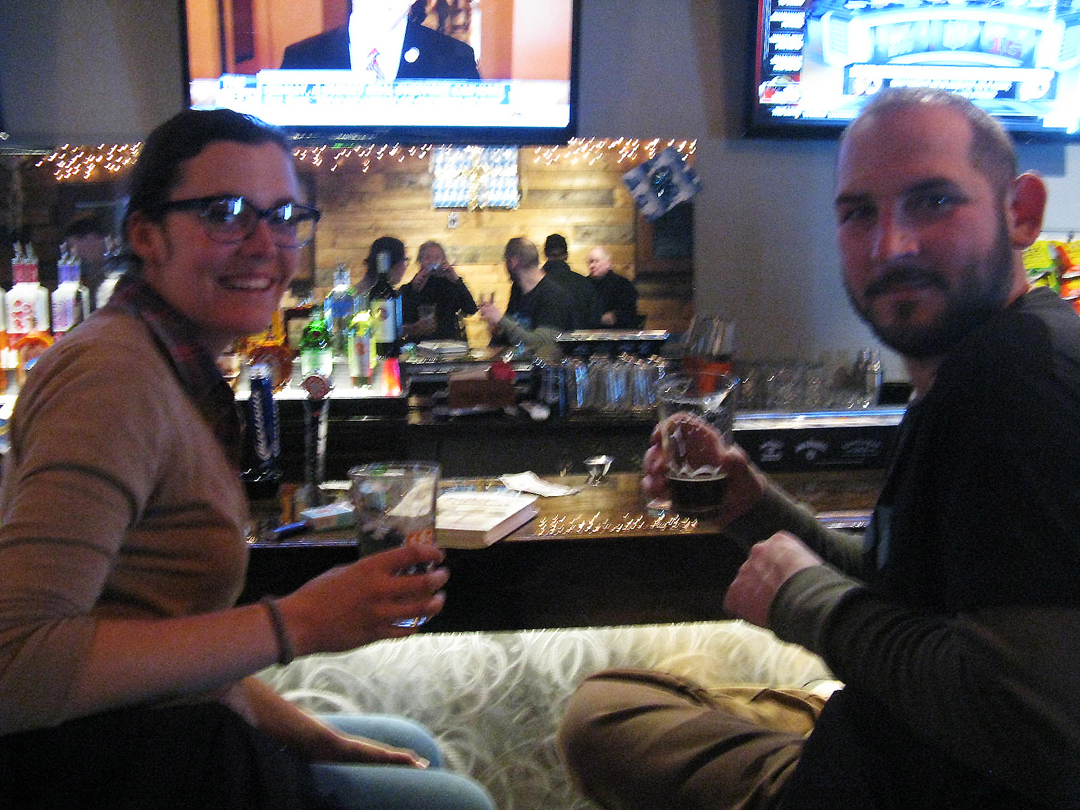 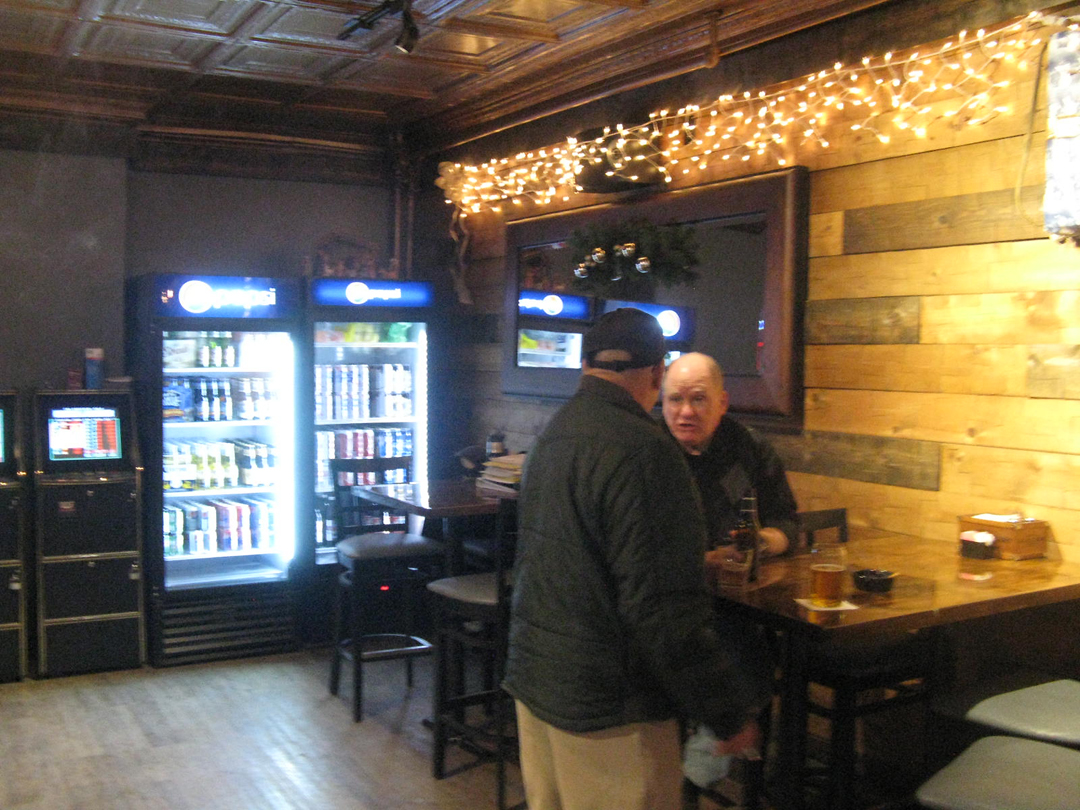 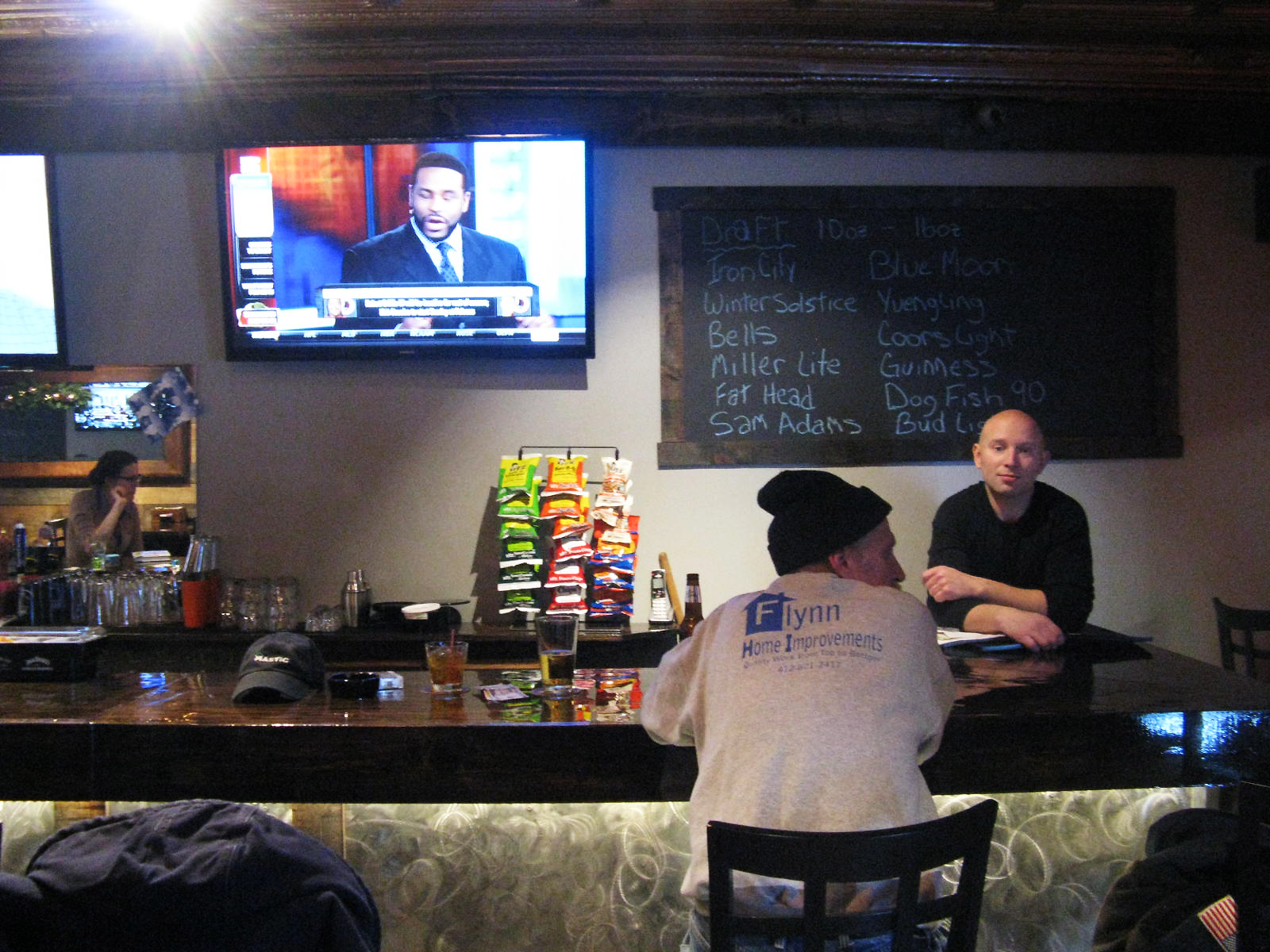