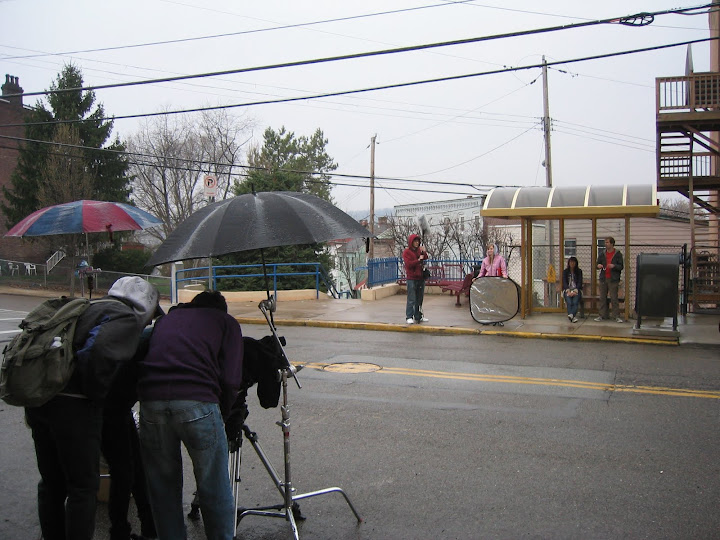 Yesterday was a very busy day here in Polish hill. A group of Point Park University students were shooting a short film at the bus stop on Brereton and Dobson. The film was a directing project, led by Adam Steinsdoerfer and was a short film about a lost bracelet. Staffski hopes that, when the film is complete, she can post a link to the finished short film here on BLOGSKI.