Famous photojournalist Clyde Hare moved to Pittsburgh in 1950  and went to work at the Pittsburgh Photographic Library to help document the city’s urban renewal.  Later on, he worked for magazines such as Life, Fortune, Time, and the National Geographic.

Hare took this photo in April 1951, when Polish Hill was still named Herron Hill.  The photo is titled Steps Leading to Harding Street at the End of Herron Avenue Bridge — but the title — and the description in the Historic Pittsburgh Image Archive — are actually misleading.

The steps actually lead from Downing and Hancock Streets down to Herron.  Here are the same steps now — it even looks like same railings are still in place: 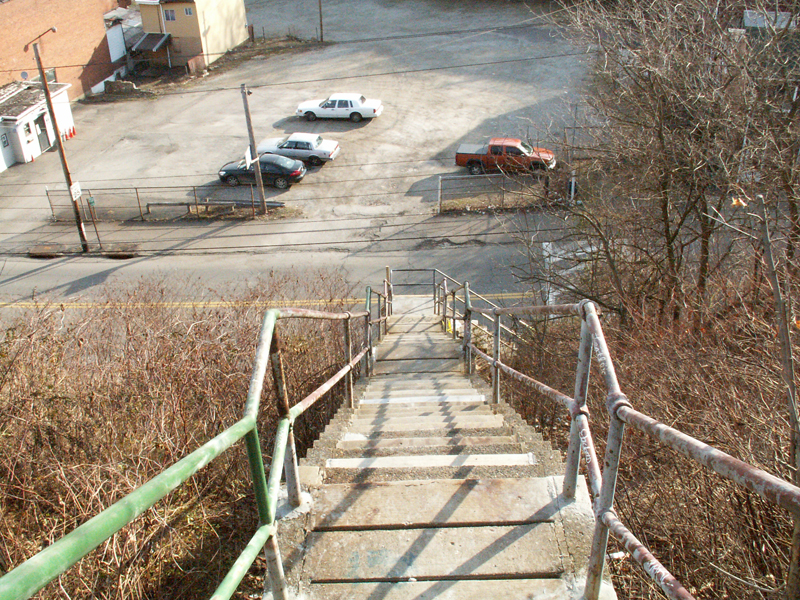 This photo was taken from higher up, but it’s the same angle of descent, same turn.  The houses that were there in 1951 are mostly gone, and the knotweed obscures the stone outcropping.  But if you’re one of the people that walk these stairs regularly, they’re immediately recognizable.

2 thoughts on “62 years ago, a view of Polish Hill steps by a famous photographer”