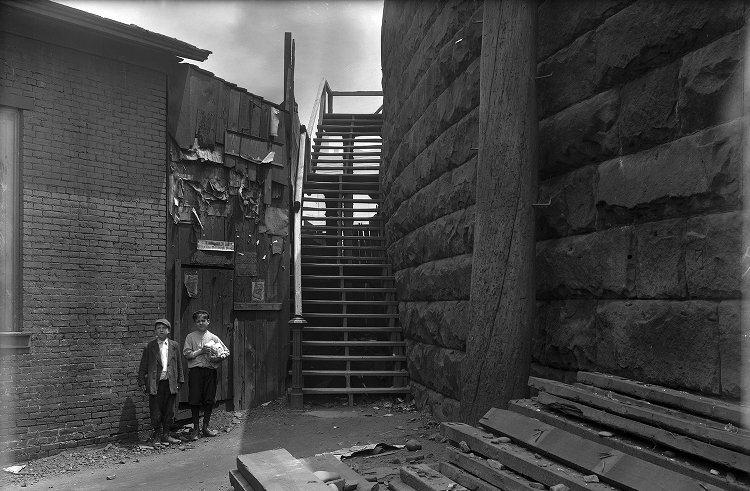 The Historic Pittsburgh Image Archive caption for this photo, taken on June 3, 1913, says, “Two young boys pose at the base of the Twenty-eighth Street Bridge steps near the Pennsylvania Railroad tracks”.  You can click on the image to see a larger version.

There are still steps at this spot, but they recently fell into disrepair, and Schreiber Real Estate, whose parking lot abuts the bridge, paid to have them closed off, fearing liability.  Ownership of the steps falls into an odd limbo; they aren’t City steps, but were owned by the Pennsylvania Railroad, which is long out of business.

The PHCA hopes to get the steps, which lead down to a bus stop, re-opened.  We have contacted Schreiber and are trying to get the City to take over ownership and maintenance on the steps, which are especially needed in the winter, when uncleared sidewalks on the bridge force pedestrians to walk in the road.