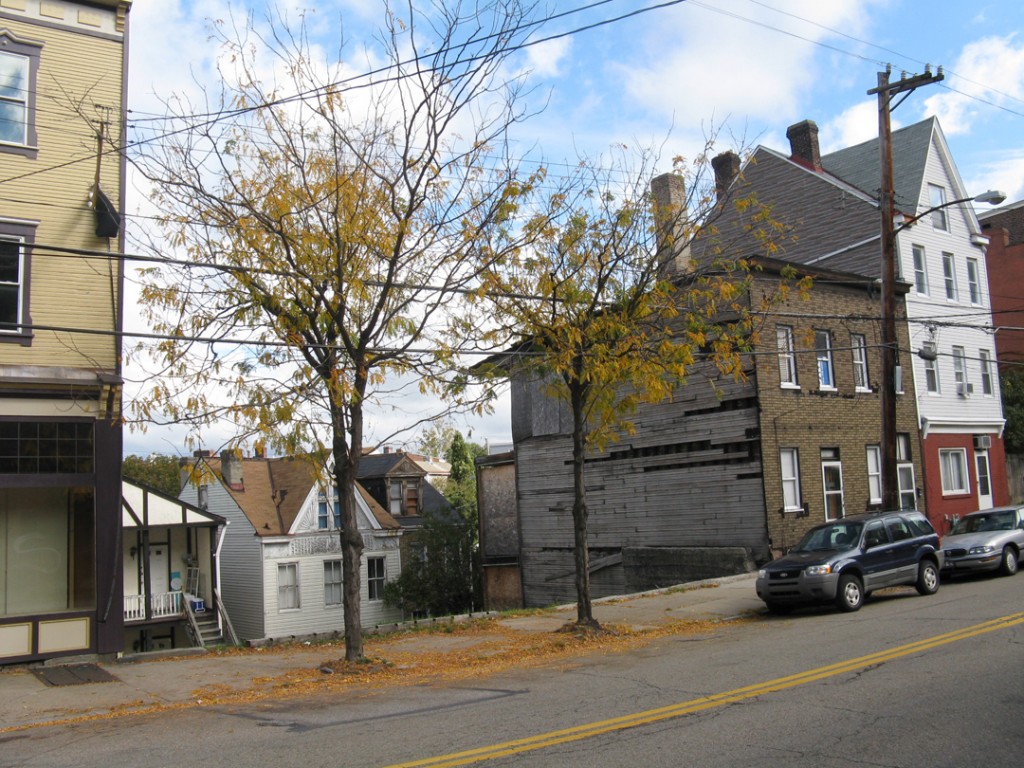 It was announced this week that the PHCA was among just 12 organizations awarded Design Fund grants for renewal projects in the region (read the article in the Post-Gazette).  The PHCA will receive $20,000 for the pre-development design phase of a mixed use infill project at the site of a 2007 fire which claimed two buildings and irreparably damaged others.  The Fire Site includes three parcels facing both on Brereton and Dobson streets and includes two vacant lots and four houses, including condemned, fire-damaged houses and two rental properties.  All three parcels were purchased in 2010 by the Pittsburgh Housing Development Corporation, an arm of the Urban Redevelopment Authority, with the hopes of turning the site into new development. PHDC has been working with the PHCA board and housing committee throughout the past five years and PHDC is committed to partnering with the PHCA as the project unfolds.

The Design Fund grant will pay for an architecture and design firm to help the PHCA hold a public planning process, including community meetings, perform a market analysis and create architectural schematics to attract a developer to build the project. This market analysis and community input will inform the request for proposals that PHDC will solicit from private developers. This grant will ensure that the community has a voice in how this property is developed.

Developing this site was one of the priority projects as identified in the Polish Hill Community Plan.  Based on the input of Polish Hill residents, the fire site was identified as a high priority and a creative opportunity for innovative, sustainable mixed-use development in the center of our most historic and culturally significant streets.  The goal of the pre-development design phase is to produce an inspired, community-based preliminary site plan that reflects the neighborhood’s desire for moderate-income affordable housing and commercial space.  The grant will allow us explore design options that include sustainable architecture, co-operative/co-housing, green space and innovative mixed-use development.

The PHCA is honored to have been selected to receive this grant.  Our successful application was the result of many volunteer hours of research and work over the past month.  We hope that residents will continue to be involved as the planning process for this site unfolds.

(Above:  photo of the Brereton fire site by Leslie Clague for the PHCA)