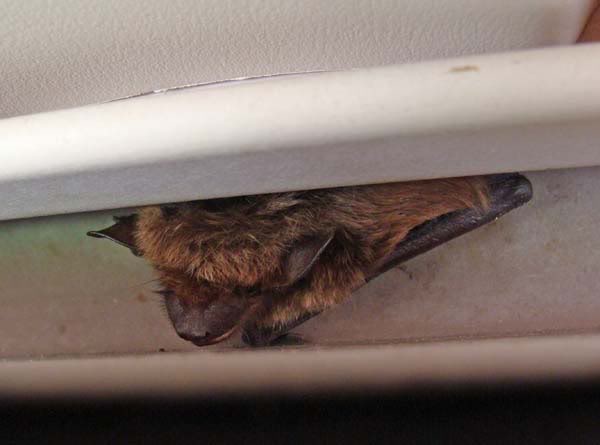 No, this is not a Batman joke.  The Allegheny County Health Department put out a warning prompted by recent incidents in which people or pets were potentially exposed to rabid bats.  The ACHD is urging residents to report all bats found in the home because of the risk of rabies.

It’s especially important to report bats found in areas where people sleep, even when you’re not sure whether you’ve been bitten and exposed to their saliva, because bat bites can be so tiny they may leave no marks visible to the naked eye and so painless they may not even be felt by someone while sleeping.

Bat encounters should be reported to the Health Department immediately by calling 412-687-ACHD. Health officials will evaluate the risk and test the bat to determine if it’s rabid and anyone should be treated with anti-rabies vaccine.

If there is a bat in your home that will not fly out an open door or window on its own, please call Animal Care and Control and they will remove it for you. Animal Control can be reached at 412-255-2036 from 7am to 3pm and by calling 911 outside of those hours. If you do choose to try to catch the bat yourself, wear a pair of heavy-duty rubber gloves and place a container such as a large bowl or empty coffee can over it, slide a piece of cardboard underneath to trap the bat inside, cover the container with a lid or cap, and then submit the bat to the Health Department for testing.

In two separate incidents recently involving rabid bats, a woman and a cat were potentially exposed but not infected. As a precaution, the woman was treated with anti-rabies vaccine and the cat given a booster shot and quarantined for three months.