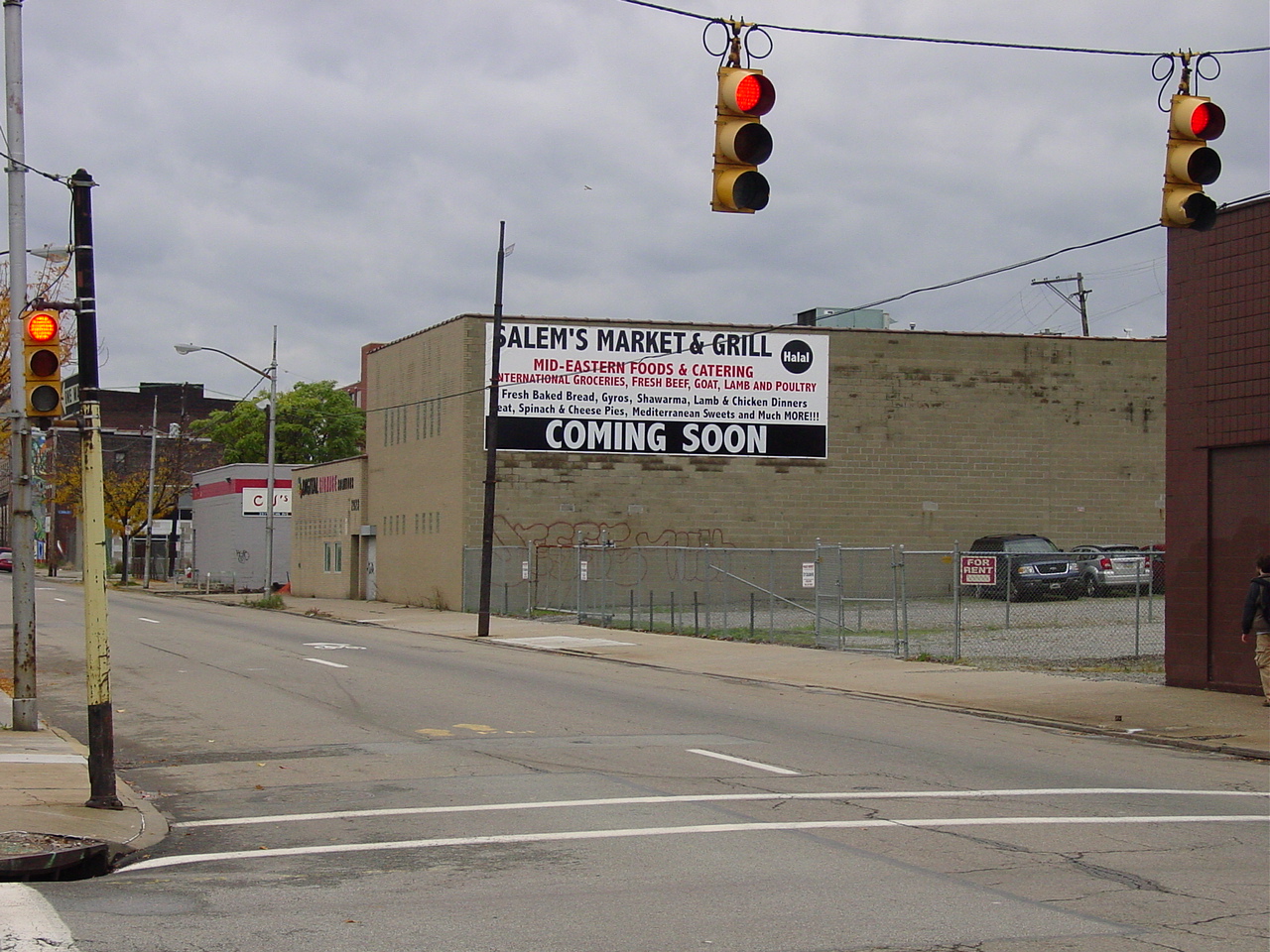 Many Polish Hill residents have long relied on the ShurSave in Bloomfield for most of their shopping.  In recent years there have been persistent rumors that the ShurSave would be closed.  At the same time, other stores are opening elsewhere that give our residents more options.  Last November, Right by Nature opened at 2305 Smallman in the Strip and quickly became a popular destination.

Apparently, another food market will be opening nearby.  Last spring, it was announced that Salem’s Middle Eastern market and deli would be opening at 30th and Smallman.  The banner on the building still says “Opening Soon”.  There is no opening date or contact information on the banner, so we’re not sure when the market will be open for business.  But watch this space–we are keeping an eye on it.  It will be nice to have more nearby options.